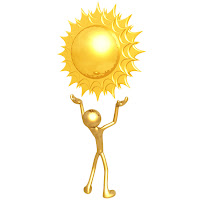 I was going through some old things I’d saved from my youth this past weekend and found some interesting things. Some things I have no idea why I saved them and others were still meaningful. One of the things I found was a page of Jan. 23, 1975 Des Moines Tribune that my aunt had sent me. It was an article about the author of the Nancy Drew books. What was more interesting to me now was an article written by John Shuttleworth on the same page about energy. Read this and see if you think it could have been written this year,

As I’ve stated before in this column, last year’s so called “energy crisis” was only a mild foretaste of the chronic, desperate and very real age of energy scarcity that now looms over the world. Tomorrow, in short, appears rather bleak. Or does it? Perhaps we’re not really facing a scarcity of the power we need to turn our machines or heat out homes after all. Perhaps it’s just been so easy to burn coal, gas, and petroleum all these years that we’ve overlooked a far richer – and pollution free – source of power.

He goes on to discuss the appeal of solar power. We all know that solar power never took off in a big way following the 70’s energy crisis. Hopefully, this time we’ll make more progress in our ability to capture and use solar energy.